Down the Rabbit Hole

After my last post about my Miller ancestors (More progress with the Millers), just a couple of weeks ago, I thought I was finally on the right track to find more about my 2nd great-grandfather, John Conrad Miller (as he was known to my family). I had a birth date that looked right (1808). I found an area (Großbottwar, Württemberg, Germany) where he might have been born near to the ancestral home of another Miller family (that of Richard Miller whose Y-DNA so closely matched that of my cousin Donald) and for which I was able to trace their ancestry. I had a document that said he left Württemberg about the time I thought my own ancestor had done so (1834). Everything seemed to be working the way it should.

The one thing I was apprehensive about was that the emigration record said the Johann Conrad Müller I was interested in was planning to go to Vienna not America. I thought, “Well, he may have just taken a detour.”

Not so, as it turned out. A friend put me in contact with Max, a genealogist in Stuttgart, who I hoped might be able to sort out some things for me and help establish whether this Johann Conrad was mine. Max right away found a family record I had missed. I had found almost all the birth, marriage and death entries for this particular family line.

The family record, though, not only shows the parents and all of the children, but also notes that indicated Johann Conard and his brother, Adam Friderich, who had also immigrated to Austria, both married there. 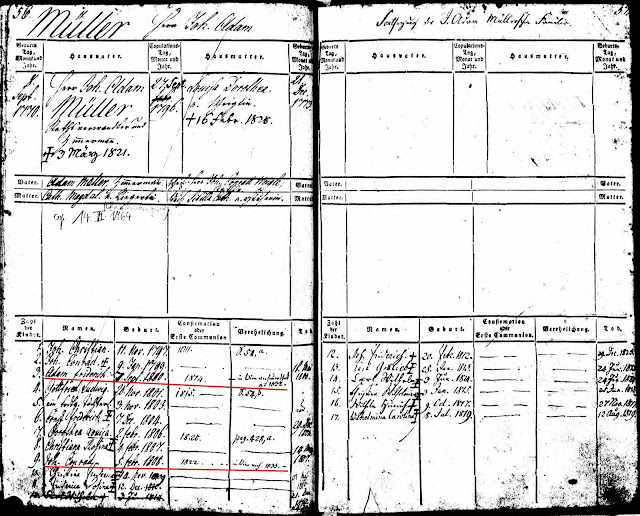 Details on the family record for Johann Conrad not shown on his baptism entry, were that his Lutheran confirmation was in 1822 and then "in Wien verh[eiratet] 1833", which means "married in Vienna in 1833".

I thought (hoped), “Well, maybe Johann’s wife died and he went on to move to America.” Not so!

To further confirm this was not my Johann Conrad, Max also found the actual 1833 marriage entry and a baptism record for their youngest child born in 1848, both in Vienna registers. It was clear this was not my ancestor since we believe he was dead and buried in Cincinnati, Ohio by then.

I had chased this Johann Conrad down a rabbit hole. He was not who I thought or, more to the point, WANTED him to be. The emigration record indicating he was moving to Vienna was right after all; he did not later travel to America.

What I did get was some reminders in doing genealogical research: always seek out more than one source of information and do not make assumptions without good evidence. Relying on only partial information might have convinced me this individual was related and I could well have included him and his whole line in my family tree.

We are back to the drawing board again. I am hoping (that word again) we will get more out of the Big Y-DNA tests and learn where my and Richard’s branches of the Müller diverged. If it not impossible perhaps we can figure out where and when the Müller families branched off and where my Johann Conrad Müller was born. 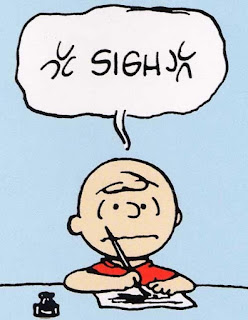 Posted by Discover Genealogy at 07:12