Ever wondered which of your relatives lived the longest, the average age of your relatives at marriage, or which first names are the most common in your family? Did you know that there’s a handy section of the MyHeritage website that can tell you all of this and much more? We’re delighted to announce that our useful Family Statistics feature has just received a major upgrade! Family Statistics is a totally FREE feature that provides dozens of enlightening and fun insights about your family. If you love spotting trends and analyzing data, you won’t want to miss it.

Family Statistics shows you dozens of different analytics for your family tree. Using the metrics on the page, you can better understand your family history across several categories: places, ages, births, marriages, children, divorces, and now, relationships.

Among the many interesting facts that are showcased, you’ll learn which couple was married the longest and which pair of siblings had the largest age gap. You’ll also discover who had the most children, who was married the most times, and even find out the most common birth months in your family. Think you know your family tree inside and out? Family Statistics may give you a few surprises.

The current update includes a facelift of the design for a more contemporary look. The display is larger, making the page easier to read. In this update, we’ve also added new insights and made the overall user experience on the page more enjoyable.

Check out the improvements on the MyHeritage blog post here. 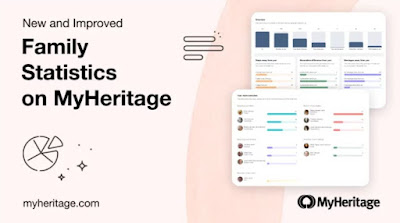 Posted by Discover Genealogy at 10:17 No comments:

It’s back! The REALLY USEFUL Family History Show is scheduled for November 10-12, 2022. Get details at www.fhf-reallyuseful.com/

I have another presentation set for this event, this one about the Industrious Revolution…and its effects on families.

If you are wondering what that is all about, it was the period from the mid-17th to the mid-18th centuries, leading up to the more well-known Industrial Revolution which encompassed a change from an economy focused on agriculture and handcraft production to one dominated by powered machinery and centralized, mass production industries.

In a book titled The Industrious Revolution, published in 2008, author Jan de Vries took the view that “[i]n a specific historical period in a specific geographical zone, a new form of household economic behavior became increasingly influential, increasing simultaneously the supply of market-oriented production and the demand for a broad but not indiscriminate range of consumer goods.” 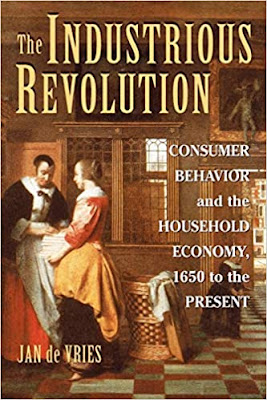 The consumption-driven family household, then, would be considered as a unique economic unit that contributed to goods-purchasing behaviors in society. The system was primarily evident in northwestern Europe (England, the Low countries and parts of France and Germany) and the North American colonies.

The presentation will look at what defines the Industrious Revolution, its timing with respect to the Little Ice Age and the following Industrial Revolution. 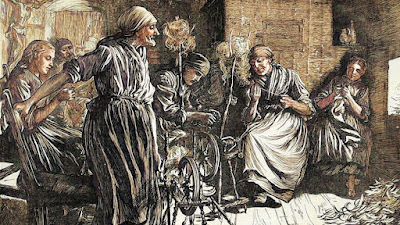 There are a host of other great talks and some useful workshops, too. Come and have a listen.
Posted by Discover Genealogy at 08:53 No comments: