End of the Tooth Fairy?

I had a couple of teeth removed yesterday. That happens to many people as they age, people just like me. Teeth wear down and wear out.

I asked the dentist’s assistant what she thought I could get if I put them under my pillow. She said $50 would be fair. I think the most I ever got was a quarter and the most we ever paid our children was $1. That’s inflation for you. We still have many of those teeth tucked away in our memorabilia box, given to us by the Tooth Fairy after she exchanged the money for them.

Curiously, there have been many studies of the rewards given to children for their baby teeth: one interesting one published by the Medical Journal of Australia. Visa Inc. did a survey of payments in 2010. They updated the report in 2013. For Canada in 2015, Visa noted that kids got a raise of 23%! An organization called Delta Dental, an insurance company, published a 2021 index of amounts paid to children since the turn of the 21st century. You can get a Tooth Fairy Calculator app for your iPhone if you are unsure what the going rates are. 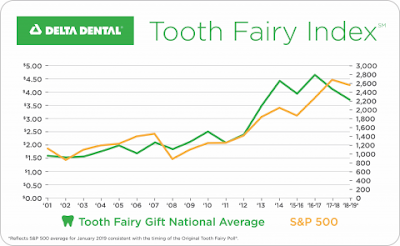 Tooth Fairy’s origin is lost in the myths of time. Some reports have indicated she was first noted in the 12th century among the Norse people of Europe. They apparently paid their children a “land-fe” or tooth fee for teeth they lost. There are many stories and traditions about how lost baby teeth were handled, from burning them, to throwing them over a house or burying them, all to prevent bad luck or hardships for the children.

The first published article about the Tooth Fairy was written in 1908 by Lillian Brown in the Chicago Tribune. A three act playlet for children was performed in 1927, written by Esther Watkins Arnold. Sir Arthur Conan Doyle had already “proved” that fairies and gnomes were real, documented in a piece published in 1921 in The Strand Magazine and “verified” by pictures of two little girls surrounded by fairies. There is a National Tooth Fairy Day in the US set on the 28th of February; actually, there are two special days as a second one is celebrated on 22nd of August. 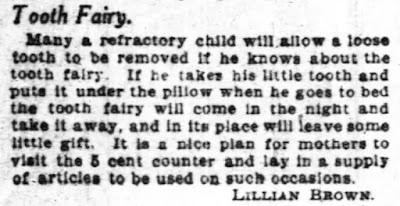 Most of us think of a small female impish pixie as a Tooth Fairy. Different countries have different traditions and names. In Spanish culture, he (in this case) is known as Ratoncito Pérez and was first written about by Luis Caloma in 1894. In France the character is called La Petite Souris (The Little Mouse). In Scotland there is the white fairy rat. Germany has Zahnfee and Ireland has Anna Bogle, a mischievous young leprechaun girl. In Italy she/he is called Topolino, which is also an Italian term of endearment. 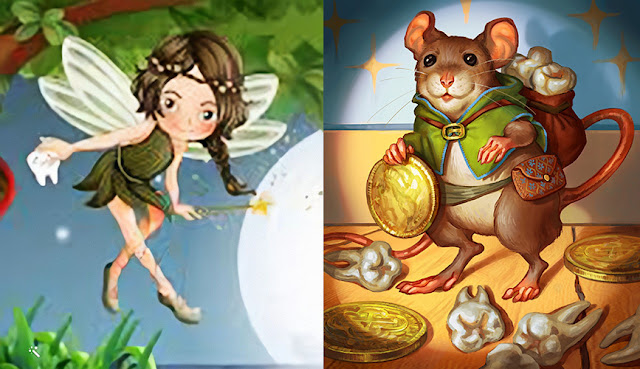 A 1984 study by children’s books author Rosemary Wells said that 74% of people believed the Tooth Fairy is female, 12% say it is neither male nor female and 8% said is could be either.

So why would this post of interest to the genealogists who might read it. Well, it has to do with history and families. What could be more appropriate? Myths and traditions are part of family history, after all, aren’t they? Did the Tooth Fairy influence the behavior of children and/or parents in the past? I think it probably didn’t hurt.

Want to know more? Check out the many books available for free download from Archive.org.

Alas, nothing was forthcoming this morning under my pillow which made me wonder if the Tooth Fairy was no longer with us. Maybe she just prefers younger boys.

Oh well! I guess there is always the Easter Bunny and Santa Claus. 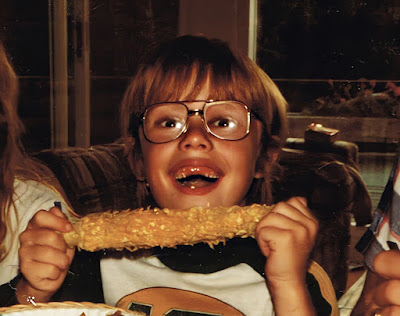 May the fourth be with you!

Posted by Discover Genealogy at 09:40 No comments: