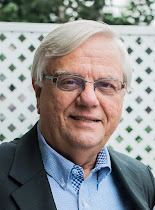 Wayne Shepheard has pursued family history research for a number of decades, on his own behalf and for others, exploring families in North America, Europe and the United Kingdom.

Following a long career as a geologist in the oil and gas industry, Wayne now pursues genealogy as a hobby and as an occasional, professional consultant. In forty years of business-related work he learned and practiced research, writing and management, skills he has transferred to his studies concerning family history. Though no longer actively working as an Earth scientist, Wayne continues to be a life member of the Association of Professional Engineers and Geoscientists of Alberta.

His view is that humankind has always had to adapt to the ever-changing physical environments in which they lived. In is his genealogical work, Wayne has been particularly mindful of stories concerning families that were both negatively and positively impacted by changes to their habitat and to disasters which sometimes overwhelmed them.

He is active in expanding his interest in and writing about natural phenomena and their impacts on people and communities. He has published a book, Surviving Mother Nature’s Tests, that relates many of the situations observed in nature to the lives of families who experienced or endured them, primarily over the past several centuries.

Wayne volunteers as an Online Parish Clerk, handling four parishes in Devon, England. He is the author of over 30 articles published in family history journals and magazines and has made presentations to many groups related to a variety of subjects.

Wayne writes two regular genealogical blogs, Discover Genealogy, set up to tell stories, relate experiences and pass along tips discovered during his genealogical studies, and how people and communities were impacted by natural phenomena.