One of the things to do and find in my family history research was the last resting place of my wife’s great-grandmother, Elizabeth Cooper. I first posted about her in August 2014 (Sometimes Those Family Stories Have a Grain of Truth). In that post I wrote about the various stories we looked at that might give us clues about where to find Elizabeth and her son Alexander.

I had summarized what we had discovered in two articles published in 2010 (see below). Through various BMD, census and other documents, I was able to trace the family from the Shetlands to Glasgow. The trail stopped at the whereabouts of the grave of Elizabeth.

Elizabeth was married twice, fairly late in life. He second husband was James Ross, a blind, straw mattress maker. They were married in April 1892 when she was 58 years of age. The union only lasted 3 ½ years. James died in December 1895. They were both living in Govan when they married but relocated to Mason Street in Glasgow shortly after.

Elizabeth appears to have continued to live at the home on Mason Street. She is listed there on the 1901 census. She died in April 1904 at 808 New City Road, a location we have no knowledge about. The informant for her death record was her nephew, George Jackson, of Govan.

And that is where our information ended.

Over the years I have contacted various archives and historical societies to see what they could tell me about cemeteries and how to find particular graves. Many people looked through their files but were not able to find her.

The COVID-19 pandemic has not helped these past couple of years as most government offices have been closed and there have been few people who assist in doing record searches.

Recently I joined the Glasgow and West of Scotland Family History Society. It was not to specifically get help in finding Elizabeth but I thought the association might be one that could assist in my general research of Scottish families. I was also looking at their journal as being a place I might publish Scotland related articles.

Anyway, this week I decided to ask them directly about cemeteries and the best way to find the grave of Elizabeth. Unfortunately, as their website states, their research group is not active at present. COVID and reductions in the number of active members have combined to limit their resources. Following my research request, a note came up suggesting I pose the question on their Facebook page to see if anyone could help.

I wrote a post on November 16th at 4:17 pm my time. Before a day was up, I had several helpful suggestions. One lady, though, Leanne Pirie, not only found the information, but she added a jpeg image that showed who was buried in the Lair at Craigton Cemetery, Glasgow (it is in Govan) where Elizabeth was interred.

Leanne also looked up the burial place of Elizabeth’s husband, James Ross, finding him in the Eastern Necropolis, Glasgow.

Curiously, one of the archivists I contacted indicated she has searched the records of this cemetery but did not find Elizabeth.

Lair 192 was owned by the same George Jackson who provided the information on Elizabeth’s death record. He was also the informant for his mother’s and father’s death records. He never married and died in 1930 in Govan. He is probably buried in another Lair in the Craigton Cemetery.

I am sure George was the one that “brought her home” to the family. 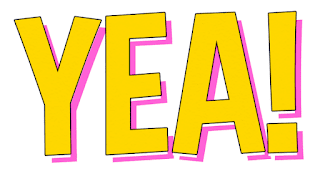 Posted by Discover Genealogy at 08:09 No comments: