I am pleased to be announce that I will be presenting a talk at the Ontario Ancestors Conference 2022 titled Natural Phenomena and Their Effects on the Lives of Our Ancestors.

Like many of many of my presentations and articles, this one offers a perspective on how natural events and conditions of the physical environment controlled the lives and livelihoods of people in the past. In almost any scenario one can imagine involving people and communities in the past, the physical environment has played a major role in living conditions as well as in how the basic necessities of food, shelter and employment were obtained.

Registration will open on April 1st. Go to the conference website to find out more.

Posted by Discover Genealogy at 09:21 No comments:

As I talk with family members and other genealogists, I get the impression that most people have a relatively limited memory of past events, whether they have to do with ancestors or the environment around us.

We all remember most of what happened in our lifetimes, although they become more indistinct the further back we go. Research indicates people have no real memories from before they were about seven years old. Because the brain was still developing, there was no facility to store and then retrieve memories from earlier years. Photographs of us may prompt some memories of some events but they will be limited to how those activities stimulated us (For example: Were we excited, scared or happy at the time?)

I keep telling myself that I remember being on a scooter with Mom and Dad when I was just three or four, but it is possible I tricked my memory by seeing this photograph of us.

Memories of schools and classrooms may be etched in our minds as they were from times when we were stimulated to learn new things and make new friends. We may also have retained our old report cards that remind us of specific activities and achievements. And there are the ubiquitous class photos to jog our memories of who was in our classes from year to year, like this one of my big sister Lynn, with her grade four class taken in 1950. 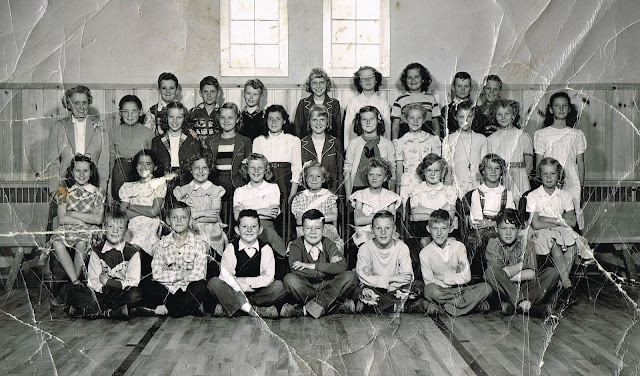 Of course, we have no memories of our parents’ lives since we were not around then. What we may know about them, or their parents would have been passed down to us again perhaps with the use of photos to illustrate who they were, what they looked like and what activities or occupations they were involved with. We might be lucky if stories were told to us about people from earlier generations. It is rare that anyone actually met their great-grandparents.

Here is a photo from 1920 of three generations with my father (on the right), his father (in the centre) and his grandfather (on the left). Dad did remember much of the work on the farm where he grew up. 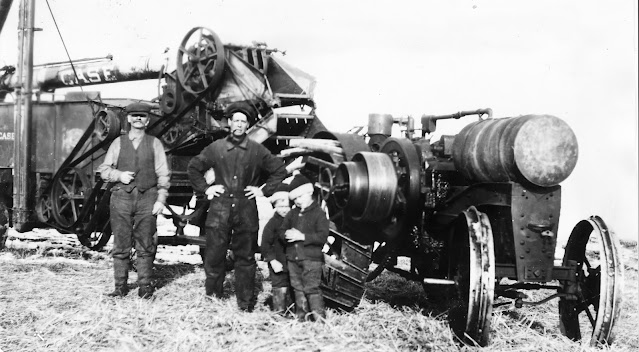 With regard to historical events, we are mostly at the mercy of what might have been taught in school. And those lessons will be dependent on where we lived and the importance that was placed on whether local, national or international events were emphasized. I remember learning about the famous people who explored Canada from the 17th century onward: Samuel de Champlain, John Cabot, Jacques Cartier, David Thompson, Anthony Henday, Alexander McKenzie, and many others. I was intrigued by their exploits that their names stuck with me.

Growing up I learned a bit about the Depression and the 2nd World War by hearing how they impacted my parents and grandparents. It was not until I began doing genealogical research and assembling information about my ancestors that I was able to relate the lives of my ancestors to these kinds of historical events.

In my discussions and talks, I have discovered that there is much less knowledge about natural history than about political or social history.

The impact of Mother Nature is a complete enigma to many people. We may remember a particular snowstorm or heat wave that we lived through or have heard about similar weather conditions that our parents experienced. People have no personal reference points further back than a couple of generations. What they may understand about natural history may have been obtained from studies of such subject matter in post-secondary school programs – like I did. 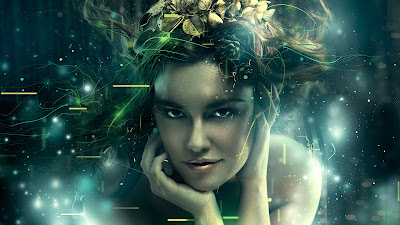 Most people are surprised, if not shocked, for example, to learn that it is not as warm as it has been in previous centuries, or that storms are no more severe than they have been in the past, or even that about 1,000 years ago mountain glaciers were further back in the canyons that they are now.

I frequently come across references and quotes in old publications that people were experiencing storms, floods or drought conditions, as examples, that were “unparalleled in history” according to residents of the time. Such quotes go back centuries indicating that each generation had its own frame of reference to measure the scope of events.

It’s all still a learning process, of course, but I maintain it is important to understand that natural phenomena had significant impacts on lives and livelihoods in the past. What we might remember from our own experiences of the seasons, for example, may have very limited application to what went on many decades ago. 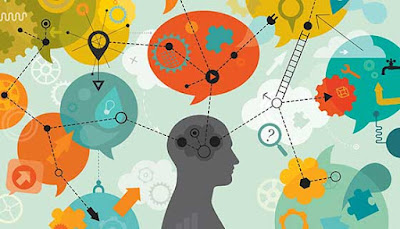 Posted by Discover Genealogy at 11:53 No comments: