Did your ancestors play music? What kinds of instruments did they learn? Have you carried on these traditions?

I am a horn player, in particular a brass horn. I wrote about that in a blog post in April 2017 titled Music is in Our Blood. I took lessons from the age of about eight. For years in high school and after university graduation I play a valve trombone. I acquired it from my old music teacher and is a prized possession. Maybe one day I will get back to playing it.

But I have always been interested in antique instruments and how and when music was first played.

My daughter-in-law sent this link to me about a Glass Harmonica or Armonica (thank you Alice). I had not seen or heard one before. This YouTube video shows expert Dennis James demonstrating the instrument. Glass Armonica (spinning glass bowls... that break) - YouTube

They are amazing instruments that I learned go back hundreds of years. It was apparently invented by Benjamin Franklin in 1761. Musical tones are produced by friction from fingers sliding along the edges of glass bowls of different sizes and they spin. The instrument type is called a friction idiophone. 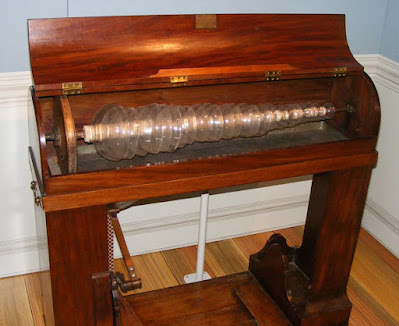 You can get the same effect using glass goblets partially filled with water to tune them.

Special music was written for these instruments, including by the world’s great composers like Wolfgang Amadeus Mozart (in 1791) and Ludvig van Beethoven (in 1814).

Glass armonicas were produced for public use through the 19th and 20th centuries, although not in great quantities. They still are produced commercially by G. Finkbeiner Inc. of Waltham, MA, a maker of glass lab ware. GFI Scientific glass blowing products and services (finkenbeiner.com)

Musical instruments, of course, go back thousands of years. Every society and culture have had their own traditional types and styles. 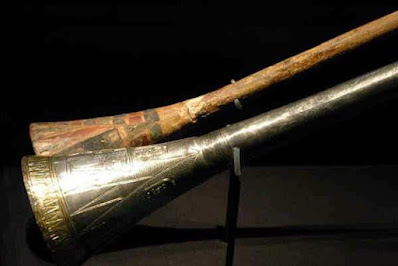 ·         Flutes, made from bones may have been the earliest instruments used by humans specifically used to make musical sounds. Some found in China may be 9,000 years old. Other found in Europe go back 35,000 years. One found in Germany probably dates to 40,000 years and another in Slovenia is estimated at over 43,000 years.

·         Lithophones are made of rocks of varying sizes that produce sound when struck. Some found in India and Vietnam are estimated at between 4,000 and 10,000 years old. 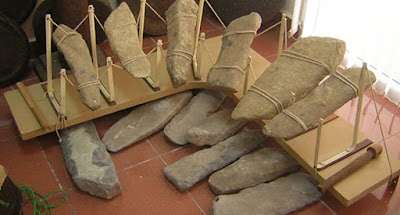 ·         Bullroarers are made of thin slats of wood attached to a stout cord and may go back to Palaeolithic times (18,000 years). When swung in a large circle they emit a roaring sound (thus the name). They have been found on every continent.

·         Blowing through holes drilled into conchs (seashells) have been known to produce sounds for about 18,000 years. 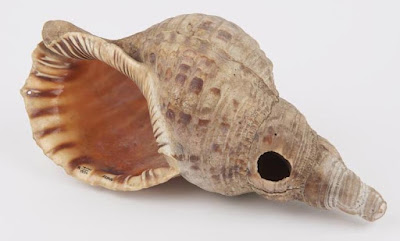 ·         Stringed instruments may also go back several thousand years although they are only really known from about the 9th century. 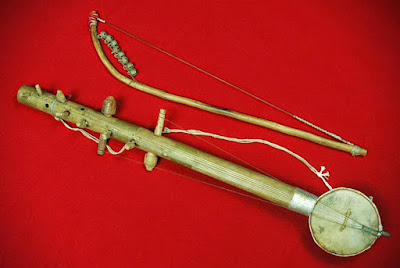 Violins and their cousins date from the 16th century. The most famous is probably the Stradivarius, made by Antonia Stradivari (1644-1737). Their pure and unique tone is thought to be due, largely, to the dense and very fine-grained wood they were made from. During the colder years of the Little Ice Age, trees grew much slower, resulting in narrow annual bands. These materials (spruce, willow and maple) were thus more uniform in structure and more dense. 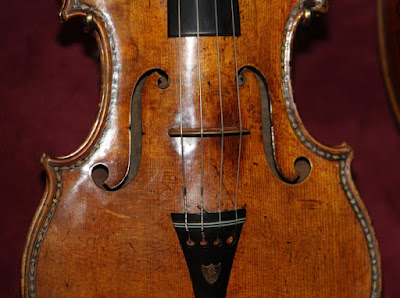 The Archangel Gabriel, of course, had a horn. That story would take us back several thousand years. If you would like to see an interesting sculpture of him, check out this video. Chocolate Angel - Bing video

Posted by Discover Genealogy at 10:38 No comments: