In 2013, I asked my cousin, Don Miller, to take a Y-DNA test. We have always had a brick wall with our 2nd great-grandfather, John Conrad Miller, who was born in Germany and came to the US possibly in the 1830s. I thought that a Y-DNA test, which comes from a direct line of males like Don, might help in finding out more about the Miller line. My own relationship is through my mother, so my Y-DNA test would not do us as much good. Don died in 2016, so I am very happy that I got him to test when I did. 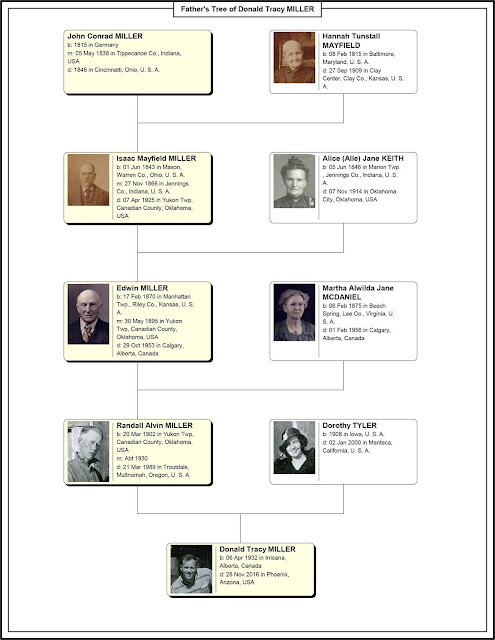 We don’t exactly know when John arrived as there are few passenger manifests from the early 19th century. He also died very young, in 1846, according to his widow’s obituary, so not many US records of any kind exist that would shed light on his origins.

We know, or think, that the family was recorded on the 1840 US census, living in Cincinnati, Ohio, where John was engaged as a blacksmith. The summary only shows age ranges with both John and Hannah each being between 20 and 29 years of age, and their daughter, Matilda, a female under 5 (she would have been just one). 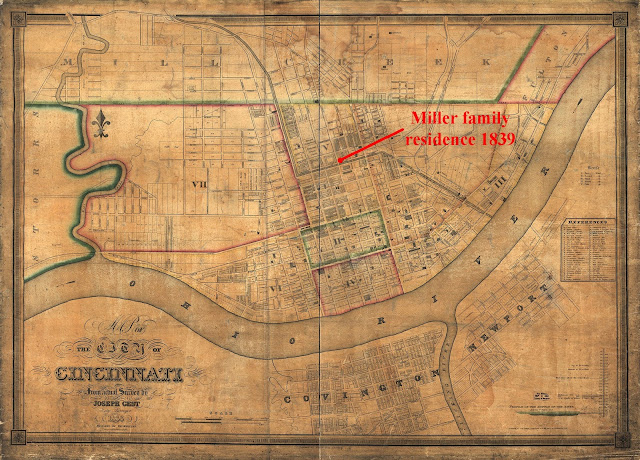 Hannah’s family were living in Indiana at the time of her marriage, although over 200 miles away from Tippecanoe County. How they ended up there to get married is a mystery. My aunt, who researched the families, thought they may have met through Hannah’s brother who was also a blacksmith. At any rate, they stayed in Jefferson County for a while, where Matilda was born, and then moved to Cincinnati. Three more children were born there, or near there, including my great-grandfather, Isaac Mayfield Miller.

That is about the extent of what we know about John Conrad Miller. Isaac Mayfield Miller stated on the 1880 US census that his father had been born in “Wertemberg” [sic] so that gave us our first clue as to where in Germany John may have originated. Mind you, Issac also stated that was where his mother was born, too, which was not accurate, but I took the name of the German district as being correct for John. How would Isaac have known the name if he had not heard it from his mother?

So, what do we hope from DNA tests? The goal is to find other German descendants of John’s ancestors or relatives that would point the way to finding his birthplace and parents.

Don’s test was completed for 37 markers. Matching fewer markers gives a large number of matches, most of whom are probably too distant to make any sense. At 12 markers, there are almost 2,500 people but at the 37-marker level there are only 18. Even those did not offer a great deal of information, though, as those testing did not know a lot about their ancestors. Only one had a Miller surname – Richard. He thought his family had come from Germany but could not then pinpoint the location.

More recently I had Don’s test redone at 67 markers which would give me a much better comparison of DNA between relatives. Richard Miller is the only person to match at this level.

Subsequently to the DNA testing, Richard Miller put up a tree on Ancestry, based on a great deal of information mostly gleaned from his parents and grandparents. It showed a direct line back five generations with his 2nd great-grandfather born in Stuttgart, Baden-Württemberg, and a 2nd great-granduncle born in “Worten” (Wört?), also in Baden-Württemberg. Another brother of these two individuals, along with their parents were recorded as having been born in Germany. Now I had something to work on. 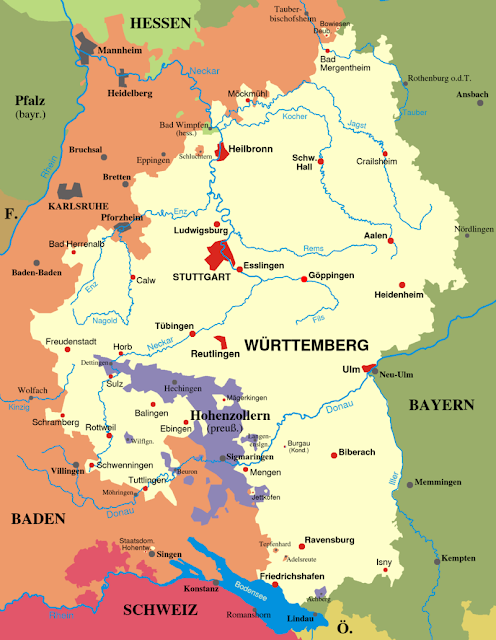 Richard does not have documents that confirm the German relationships, only information from family members, so we have some way to go to prove the Württemberg connection. But I think we are certainly further along on our way to finding our Miller origins.

I have recently asked for Don’s sample to be retested for autosomal DNA. I have already done this with my own sample. These results may give us additional family matches that include females. If we can winnow out the non-Miller lines, then hopefully we will have additional data about our German roots. In my case, I am working to identify over 4,000 matches by family connections. It takes time!

What has reinvigorated my interest in the Miller line, particularly the connection to Württemberg is the news that our son and his family may be moving soon to Stuttgart, coming full circle to the homeland of one of our ancestors.

Posted by Discover Genealogy at 09:33