The Officers’ Mess in Calgary

We live in an area in Calgary, called Currie. It is named after the barracks that were built in 1933 in the area to house members of the Canadian military.

During World War II members of the army and air force gathered for training and eventual posting to the theatres of battle around the world. Each service had their own area. The old map below shows the location of Currie Barracks in relation to adjacent communities in the 1940s and today from a Google satellite view. For reference the Officers’ Mess is labelled.

Left – Google satellite view of Currie area of southwest Calgary; right – portion of a street map of Calgary from 1946 with an insert of an air photo of Currie Barracks and a part of the Lincoln Park airfield, taken in 1949

My father was initially stationed here after he joined the Royal Canadian Air Force in 1943. My father-in-law enlisted in the Canadian Army here in 1941. A fuller version of the air photo taken in 1949 and other old photos, below, illustrate the style and extent of the military installations.

This is how the Officers’ Mess building looks today.

Google image looking southeast of Officers’ Mess today in Currie; building has been renovated and is now called The Inn on Officers’ Garden

We have a personal connection with the Officers’ Mess, not because our fathers were officers. It is doubtful that either of them was ever in the building. During WWII, my mother-in-law, Jessie McKay, was the chief cook at the mess. It was a job she was very proud of and, from all reports, very good at. Certainly, in later life she was an excellent cook, one who brooked no nonsense in her kitchen and rarely asked for help in preparing meals.

In our family album there is one photo of Jessie taken with some of her staff in 1943. Unfortunately, the names of those pictured with her are not known.

Photo of some of the serving staff at the Officers’ Mess in Calgary, taken in 1943. Jessie McKay is at the right end.

In order to get to work every day, Jessie had to take a Calgary Municipal Railway streetcar from her home across the Bow River, in an area known as Hillhurst. The trip to work would have taken a considerable amount of time.

Jessie would have caught a streetcar on Kensington Road (#1 East and West Calgary line) near her home on the north side of the Bow River. That would have taken her across the Louise Bridge at 10th Street NW into downtown where she would have transferred to another car to get to south Calgary and the barracks area. She may have taken the #6 Killarney or the #7 South Calgary line. Either route would have left her with several blocks to walk to get to and across the barracks lands to the Officers’ Mess.

At the time, Jessie and husband, Bill, had three young children at home who were cared for during the day by very generous neighbours. Will Bill overseas, it meant that Jessie had double-duty – cooking for the officers during the day and taking care of children at night.

Busses along either of these routes today can take up to 30 minutes. From the last stop on the “Marda Loop” at 34th Avenue and 24th Street SW, Jessie would likely have walked the remaining 12 blocks or so to the Officers’ Mess building. A similar walk from the end of the Killarney line would have been comparable.

The whole daily commute must have been at least an hour in duration. And often she would have been carrying some groceries or other foodstuffs with her. Her days were long, and she frequently rode home at night in the dark, especially during the winter months. 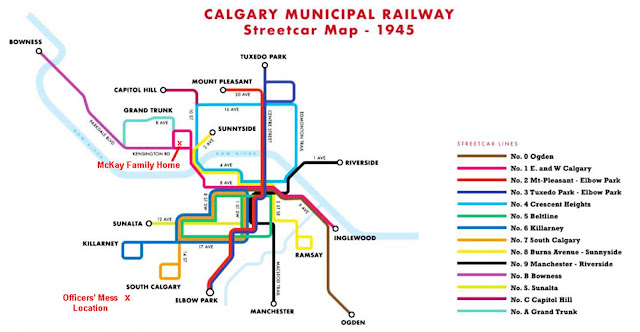 Today the Officers’ Mess has been renovated and converted to a boutique hotel and eating establishment called The Inn on Officers’ Garden. Below are some views of some of the facilities (Sorry to sound like a travel review log). 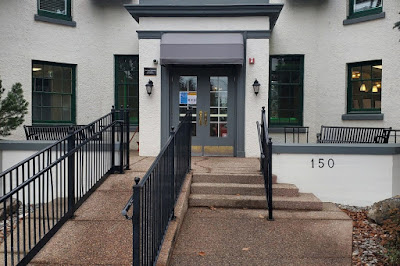 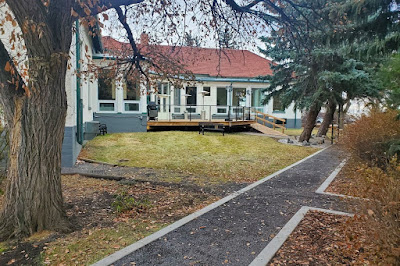 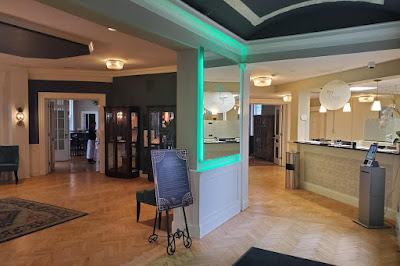 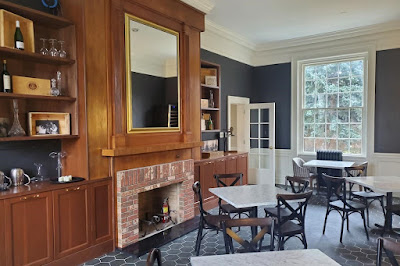 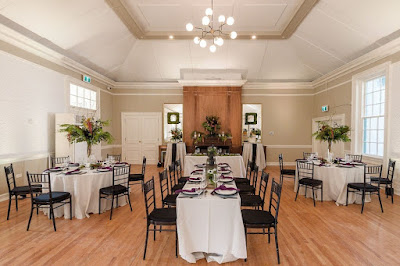 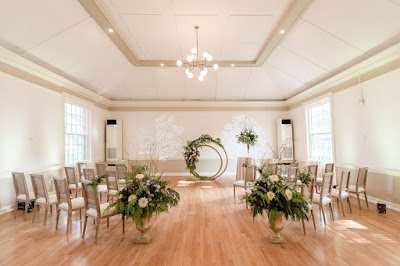 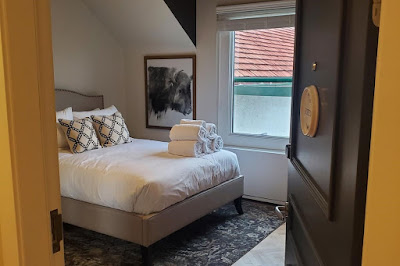 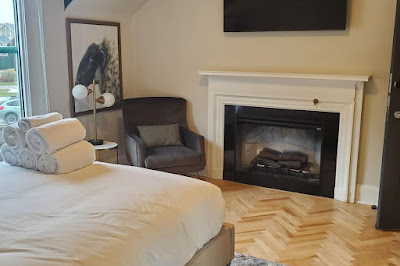 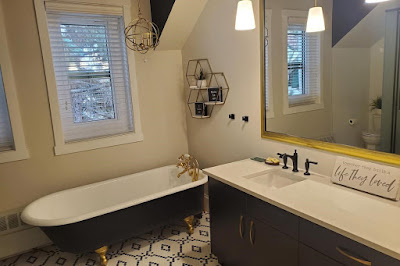 This past weekend we celebrated my 75th birthday with a very nice dinner in the Pub at The Inn on Officers’ Garden. I am sure Jessie would have been pleased with the fare, prepared in her old kitchen. 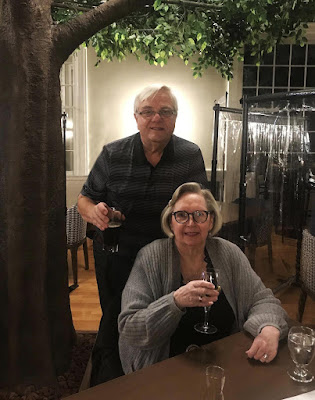 One thing left to do is to try to find out who were pictured with Jessie in that 1943 photo, and perhaps who else worked at the Officers’ Mess.

Posted by Discover Genealogy at 08:59