I came across several websites and articles about folklore recently in my continuing search for information about how people were impacted by natural and socio-economic conditions of the past.

Both weather and politics have often played important roles in the development of or changes to culture and traditions. Among these are the stories, music, myths, fairy tales and education of children that reflected the living conditions of past times. But there were also changes to material culture such as building styles or handmade toys and to the celebration of events like Christmas, weddings and other social gatherings.

Weather and climate, such as the shift to the cold period of the Little Ice Age would certainly have resulted in different activities, with historical information about the balmy weather of the Medieval Warm Period later told in stories, poetry or music. Many of the old fairy tales, proverbs and idioms, expressed in written work as well as in artwork, carry folklore messages and may have resulted from the experiences of the authors during hard times, and passed down in creative ways. 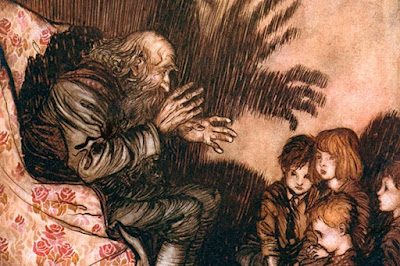 Programs for folklore studies, or folkloristics, are available in many countries and institutions. There is a good summary and reference information on Folklore studies on Wikimedia. As stated on the webpage, “The importance of folklore and folklore studies was recognized globally in 1982 in the UNESCO document "Recommendation on the Safeguarding of Traditional Culture and Folklore." 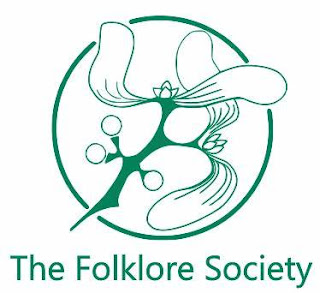 Other countries and regions also have similar organizations and research groups, some national in scope and others representing regions: American Folklore Society, groups in Canada, Australia, Germany, Japan, and other parts of the world.

There are many books and articles about folklore available. Many were written decades ago but are now available again through reprinting or digitization. Check out the general inventory or the special webpages of Archive.org: “The Open Folklore Web Archive is a growing curated collection of websites relevant to the study of folklore to ensure that dependable website information about folklore will always be available. Our collection emphasizes the websites of academic folklore departments and programs, and of public-sector and independent folklore organizations.”

One of my blog colleagues, James Tanner, wrote about the subject back in 2015 with regard to genealogical studies (Folklore, Oral Tradition and Genealogy, 9 February 2015). He pointed out that sometimes “oral traditions get started from a particularly dramatic or traumatic event in an ancestor's life. On occasion, the oral tradition may arise as a result of a particularly important event that happened at the time your ancestor lived and the ancestor becomes associated with the event through a process of transference, i.e. the ancestor lived at the time of the event therefore the ancestor must have been a participant in the event. This type of situation is particularly prone to occur when participation in the event carries some sort of notoriety.”

Is there an overlap with genealogical studies? Stories told by or about ancestors may have originated or come down to us as folklore tales, some true and some only loosely based on facts. It may be instructive to sort them out and see what truth actually resides in the yarns or legends. 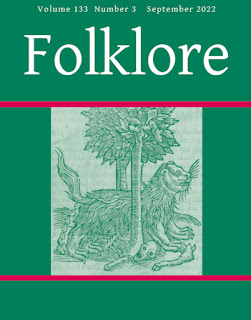 Posted by Discover Genealogy at 09:12