Linda and I celebrated our 50th wedding anniversary this weekend. And we are pretty happy about it. 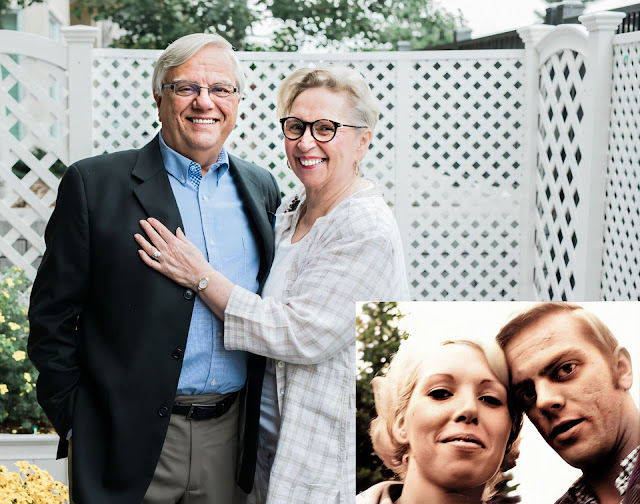 A half-century of marriage is a milestone that not many people achieve. Only about six percent of married couples reach this important event.

In our families, early death or divorce stopped any potential for many long marriages. Linda’s parents enjoyed over 44 years together; my parents were two days shy of celebrating their 35th anniversary. Further back in my direct line, to my 3rd great-grandparents, there were only six couples whose marriage lasted as long as ours has, one couple reaching 58 years. One set of Linda’s 2nd great-grandparents was married 60 years, the only couple to make it past 50.

One of my sisters made it to 56 years; one of Linda’s brothers was married 60 years. Both are gone now, sadly. We miss all the people we have lost over the years, of course. But we carry much of who they were within us, which has made us richer.

Anyone whose marriage lasts this long has different ideas of why. First, of course, you have to live long enough. Too many people in our families, in my opinion, died well before they should have. Second, there needs to be love between the parties, lots of love, enough to be able to get through the tough times or the mistakes that many of us make. Third, people need to be compatible. That does not mean that they should be the same. My wife is outgoing; I am quiet and more introverted. She makes friends easily; I have fewer of those kinds of relationships. She can be calm in most instances; I have a low boiling point. She likes to go with the flow most often; I am a planner. She likes white wine; my preference is red!

In other words, we complement each other.

I am also extremely fortunate to have found someone to put up with me for so long.

This kind of anniversary leads you to look at your life, but not just back on it. We have come through in relatively good health – apart from the normal aches and pains that septuagenarians inevitably develop. We have children who are mature and accomplished and whose company we enjoy. We have grandchildren who constantly amaze us with their talent, potential and joie de vivre. We have been able to travel to many spots in the world, in many instances to see them as they do not live close to us anymore.

Because of a pandemic, we won’t get to celebrate this special occasion with our family this year. We are looking forward to a 50+1 party next year, though. Wish us luck with that!


Posted by Discover Genealogy at 16:14