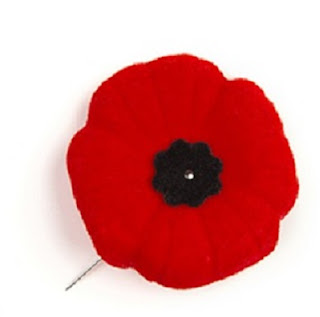 I have not found any of my direct family line, outside of my father, who had involvement with the military. There were several uncles, aunts and cousins who served during some various war periods between the 18th and 20th centuries, in Canada, the United States and Britain, though. Their records have not all been found, or available for inspection yet.

Linda’s maternal grandfather, Alexander Cooper, was a career army man with the Cameronians (Scottish Rifles). I wrote about him in my blog post last November (Alexander Cooper – Colour Sergeant, Cameronians, Scottish Rifles). He served in Scotland, England, India and South Africa during a 23-year career, retiring from service in 1908. Two of Alexander’s sons also served in the Cameronians, one in the Great War and one in World War II. Alexander died in Glasgow, Scotland, in 1927.

Alexander Cooper Jr., born in 1895 in Lossiemouth, Morayshire, Scotland, joined the Cameronians in November 1914 and was assigned to the 5th Battalion.  He may have seen action in the Second Battle of Ypres and/or at the Battle of Loos in 1915. His full record does not appear to have been preserved. Alexander certainly fought on the front lines. He died of wounds received in action in France on 4 April 1916 and is buried in Bethune Town Cemetery, France.

Harry Hilsdon Cooper, born in 1914 in Glasgow, Scotland we believe joined the army when he was about 14 years old, possibly as part of the Cameronians Band; he was a trumpet player. We do not have information from his military service record yet so cannot confirm dates and postings. We do know he served with the 1st Battalion in Burma during WWII. The battalion saw heavy fighting in the Burma retreat of 1942, and later as part of the famous Chindit campaign in 1944. He did come home safe and uninjured. Harry married in 1945 and with his wife raised a family of five. He died in Liverpool, England, in 1996.

Another of Alexander Sr.’s sons, John Walker Cooper, served with the Royal Canadian Corps of Signals during WWII. His rank was Signalman as shown on his 1941 marriage record when he was posted in Saint John, New Brunswick, Canada. We do not yet know any details of his service record. John and his wife had three children. He died in Saint John, New Brunswick, Canada, in 1987.

Alexander Cooper Jackson, was born in Govan, Scotland, in 1898. In spite of the similarity in his name to Linda’s grandfather, he was only a first (once removed) cousin of the man. Alexander Cooper Jackson came to Canada in 1912, aged 14, to live with an aunt in Winnipeg, Manitoba. Alexander joined the Canadian Over-Seas Expeditionary Force in July 1915. He was part of the 78th Battalion Canadian Infantry, 100th Winnipeg Grenadiers, and shipped out to France in May 1916. He was in France on 8 August 1918 when he was killed. The circumstances stated on his service record indicate “He was with his battalion following up the general advance on the morning of August 8th, 1918. On reaching the village of Hangard the enemy dropped a barrage of heavy shells instantly killing Private Jackson and six others.” He was buried in the Caix British Cemetery, France.

Today we remember and appreciate all those who served and sacrificed.

Posted by Discover Genealogy at 05:50